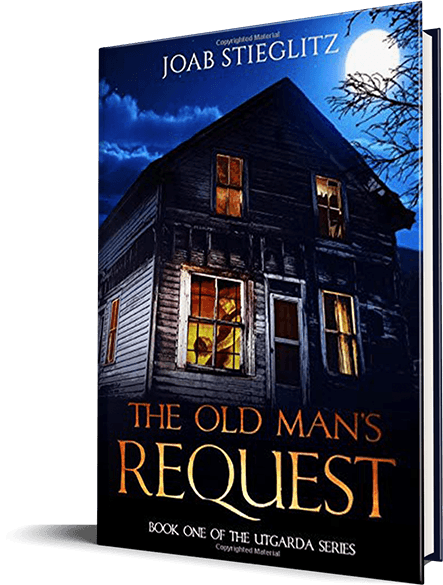 An Innocent Favor for a Dying Old Friend

Fifty years ago, a group of college friends dabbled in the occult and released a malign presence on the world. Now, on his deathbed, the last of the students, now a trustee of Reister University enlists the aid of three newcomers to banish the thing they summoned. Russian anthropologist Anna Rykov, doctor Harry Lamb, and Father Sean O'Malley are all indebted the ailing trustee for their positions. Together, they pursue the knowledge and resources needed to perform the ritual. 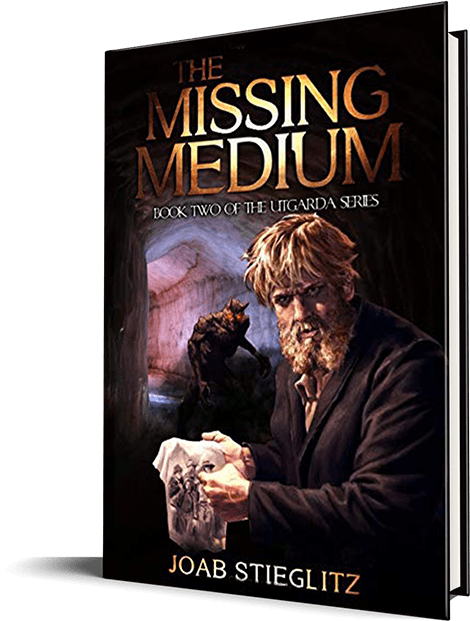 While Father Sean O’Malley is summoned to Rome to discuss the “Longborough Affair” with his superiors, Russian anthropologist Anna Rykov and Doctor Harold Lamb travel to New York City where they encounter merchants, mobsters and madmen in pursuit of the spirit medium who advised their mentor shortly before the start of the whole adventure. 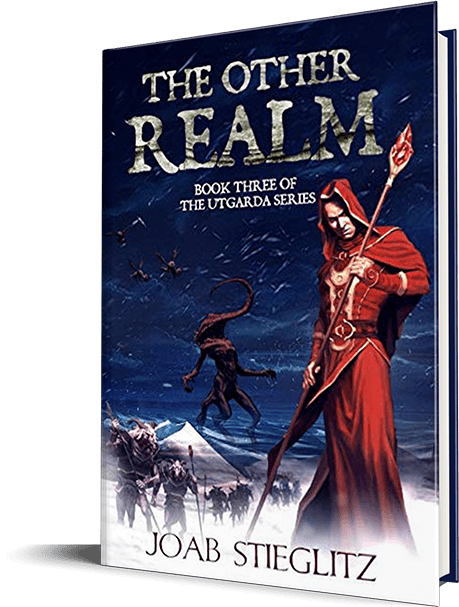 A Journey into the Realm of Imagination

Having discovered the location of Brian Teplow, Russian anthropologist Anna Rykov, doctor Harry Lamb, and Father Sean O’Malley travel to a secluded asylum to collect him.

But things are not so simple, and Anna must travel to the land of Teplow’s imagination to rescue him, where she finds a different world from the one suggested in the Missing Medium’s journals. 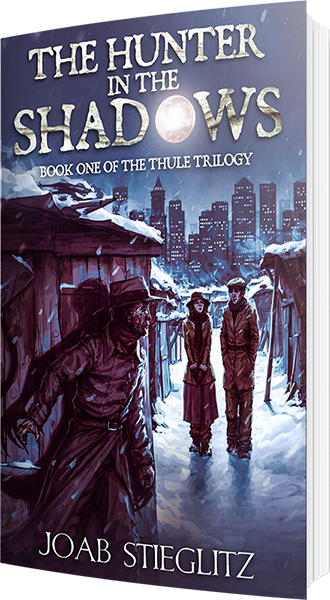 After dreaming that her alter-dimensional sister Sobak was in danger, Anna Rykov is sent to Depression era Boston to find and kill the shape shifting alien who has captured her, and whose plans could bring about the extinction of all life on Earth. Anna is assisted by Cletus the hound and a homeless a World War I veteran with skeletons in his own closet. However, Anna’s inquiries catch the attention of J. Edgar Hoover, whose motives in this case are unknown.

The Hunter in the Shadows is a pulp adventure set in the 1930s, and the first part of the Thule Trilogy. 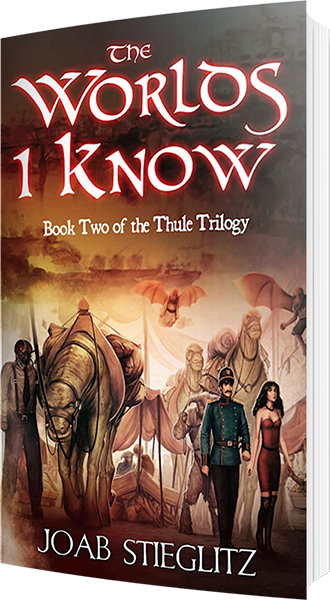 Anna Must Prevent the Union of Two Worlds

With the discovery of a plot by the German Thule Society to seed alien chaos in the western powers, Anna is summoned to England to investigate mysterious runes uncovered during a mining survey.

But her arrival in England is not well received by British authorities, and the subsequent inspection of the site takes Anna to a familiar place, Siashutara, the world seen by psychic Brian Teplow and documented in his childhood journals. This Siashutara, however, has been updated to modern times, and Anna is the heretic scion of Nygof, the assassin whose actions caused the global upheaval known as the Cataclysm. She finds herself as the prisoner of the fanatical theocracy that succeeded Queen Sif of Brynn, Anna’s ancient foe, and all her colleagues from Earth now have alter-egos there as well.

The fate of both Earth and Siashutara are at stake. Anna must escape and figure out how to stop the two worlds from merging into one and restore them to their own paths.

The Worlds I Know is a pulp adventure set in the 1930s, and the second part of the Thule Trilogy. 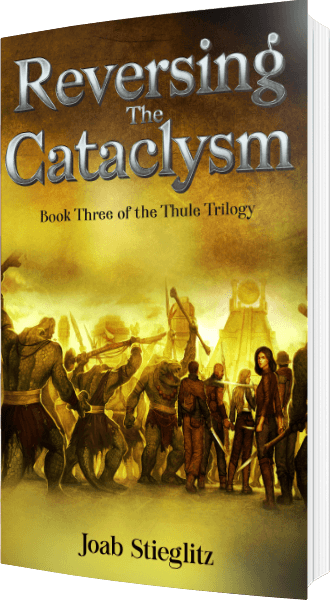 A Quest to Restore the Fate of Two Worlds

When Anna Rykov pursued Brian Teplow, the spiritualist that her benefactor has spoken to before his death, to the world of Siashutara, she inadvertently entered the conflict between two warring alien species competing to see their preferred version of the timeline come to fruition.

Having seen both ancient and modern Siashutara, Anna has come to learn that her interference in the past caused the upheaval in Siashutara known as the Cataclysm and initiated the merging of Anna's reality and this Other Realm.

Now Anna must convince her colleagues, alter-egos of people she knows in the "real world," to help her to undo her meddling and restore both worlds to their original paths. To do so, Anna will need to travel into the Jungles of Niahaut and convince the God-King of the Haut to send her back to the past, where she must travel on the journey as originally described in the medium's boyhood journals.

But even if he agrees to her request and she follows all the rules as originally described, will it be enough to alter the timeline and reverse the Cataclysm? Or will her intrusion only cause more problems with the fabric of time? 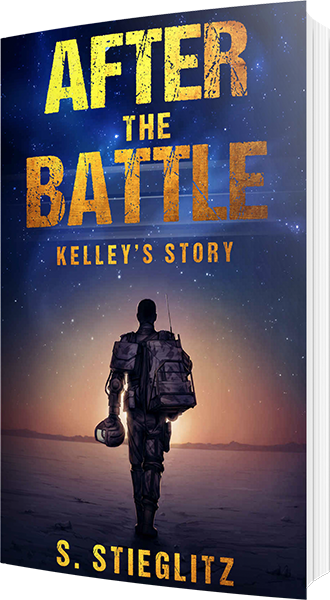 Kelley was a Fleet career soldier who never thought about the future and didn’t care to remember his past. It was that simple and he liked it that way. Nothing got in the way of living life to its fullest.One explosion changed everything. Through a series of events, Kelley is forced to leave Fleet’s service. Directionless, antsy, he is certain he still has all the answers.

When an old connection gets him set up with a fairly good job, Kelley thinks he can get back to the life he had.That is until a routine background check brings to light family secrets that force him to question everything he thought he knew. Kelley must face his estranged family and find a way to reconcile the past to be able to deal with his present situation. Simple? Kelley would prefer to navigate an asteroid belt under fire with one thruster down to what he has to handle now. 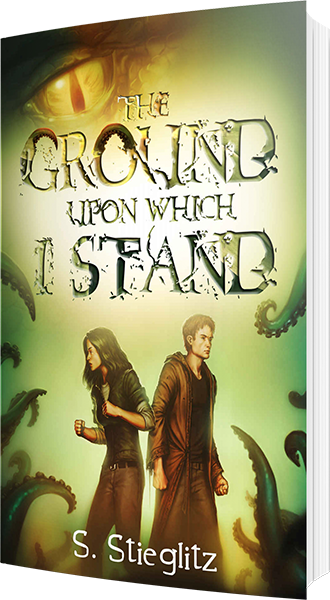 The Ground Upon Which I Stand is a collection of three light Lovecraftian horror stories. Mythos 101

Ramona thinks college is just an institution of higher education. She isn’t ready for a crash course into the mythos. Homecoming

After surviving her first ritual, Ramona goes home with Dexter to meet his father. Neither of them are prepared for what they find Reckoning